A Brief History of Streaming Media 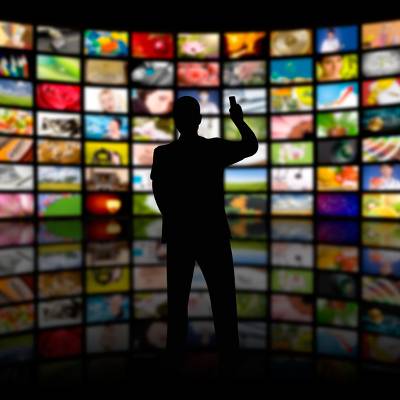 The way media is being consumed by people has been changing rapidly for over 100 years. More and more, people are relying on a tablet or smartphone to watch movies, listen to music, and read periodicals and books. This particular change in technology is just one of many in the history of streaming media.

When we think about streaming media now we think about Internet-based services such as Netflix or Pandora, but in essence, there are facets of all media that are streamed to the consumer. This includes music, television, and now on-demand streaming services that allow you access to huge libraries of the world's media. Here is a brief overview on the history of streaming media.

Radio
By manipulating electrical frequencies, many innovative physicists created a way to transmit information between two places without the use of wires. This wireless technology, eventually culminated in Guglielmo Marconi's transmission of radio signals over long distances. The first regular radio broadcasts without military or maritime function, were transmitted in Wisconsin over Morse Code in 1916 to communicate weather patterns. This level of communication was surpassed continuously over the next several years while the radio user-interface developed. This interface would soon be used to bring the news of the day, as well as entertainment, into millions of homes, worldwide.

Muzak
Around 1920, U.S. Major General George O. Squier found and perfected a way to transmit and distribute signals electronically to reproduce sounds. A decade later, Squier formed Muzak, but because the popularity of the radio, the decision was to go in a different direction with the company. Muzak was introduced and the rest is history. What we know today to be "elevator music" has graced many elevators, waiting rooms, restaurants, and many other "please hold" moments for 80 years. With the dynamic capabilities that digital technology presents, you see less Muzak systems than before, but there is no doubt that it turned out to be important to the growth of streaming media.

Television
Television followed shortly thereafter, but the technology took a long time to implement, as the television sets were incredibly expensive. The first regularly scheduled television service using mechanical television technology began in July of 1928, but because the entities that govern broadcasts were slow to see this technology as a commercial service, it slowed the technology's growth.

After World War II, many homes contained a radio receiver, but very few contained a television set. This changed quickly as new broadcasting companies started popping up all over the United States leading to a drop in the price of television. By 1962, 92% of all U.S. homes had a television set. From the mid-1950s to present day, television has come to be known as one of the most important technological and cultural advancements of the 20th century.

Streaming Text
The term streaming text may confuse some people, but in the connected world that we live in, there has to be some continuity despite the cultural and language barriers that are present when communicating with one another. This is where streaming text comes in. Have you ever been watching a show on your television and a character on a show begins to speak in a manner that confuses you? By turning on your closed captioning, you can get streaming text that simply uses words to explain the pictures and the dialogue those characters are speaking. You may not think of it as a separate part of your viewing experience, but it is.

Streaming in the 21st Century
Nowadays, streaming relies on an Internet connection to play media titles and even live broadcasts. This technology began in the early 1990s and has been revolutionized in recent years by companies such as YouTube, Netflix, Spotify, Pandora, and Hulu. These services deliver television shows, movies, music, and games to your computer. These services are front and center of the new mobile device revolution. With smartphones and tablets becoming viable computing options, users have more choices on where and when they can watch streaming media. This kind of on-the-go consumption creates a beneficial situation for businesses as well, as all the multimedia information can be shared and accessed at a simple touch of a user's finger.

The history of streaming media spans 100 years and many devices. As streaming becomes more efficient, it will create further options for people everywhere. At XFER, our technology professionals are well versed in the history of technology and how it relates to a growing small business. For more information about how you can use streaming media for the benefit of your organization, call us today at 734-927-6666 / 800-438-9337.