Could Bitcoins become the Next World Currency? 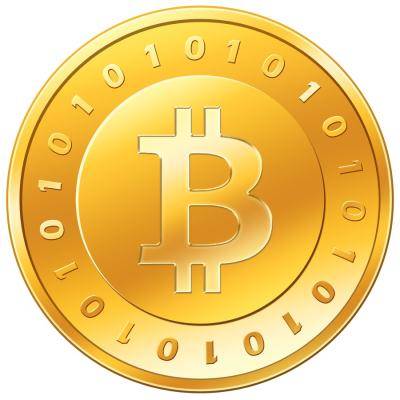 The Internet has given us many new and exciting ways to transact business. The newest frontier is in regards to a virtual currency called Bitcoins that is unregulated and accepted by Internet users worldwide. Bitcoins may be too much of a novelty for your business to take seriously, but that does not discredit it as an interesting investment opportunity.

The rise of an Internet currency seems like an inevitable outcome to how the Internet caters to the needs of users. If somebody wants to pay for a real product with a made up currency, then the Internet gives people the freedom to do that. Online video games have been successful with a similar approach where they have sold in-game currency, like gold in World of Warcraft or Simoleons in The Sims, for real money in order to buy virtual goods for characters like outfits and weapons. Bitcoins takes virtual currency to the next level by allowing users to pay for real goods and services with virtual dough.

The Bitcoin currency has actually been around for four years and has grown in popularity to the point where there are now 70,000 Bitcoin transactions per day. Adding to the intrigue is the occasional news story where you will read about somebody selling their house for thousands of Bitcoins. In fact, the virtual currency has become so widely circulated that it has reached a point where you can now purchase almost anything with it. Unfortunately, Bitcoins anonymity (which comes from a network of masked servers) also means that the currency works well for the purchase of illegal goods.

Whereas traditional currency is based on the solvency of the government that backs it, the reliability of a Bitcoin comes from the transparency of the computer networks that host, maintain, and process, the running tally of all Bitcoin transactions. Those responsible for maintaining this network are referred to as "miners." The reward for being a miner and working to guard against fraud is to be in the loop when it comes time to mint new Bitcoins.

Thanks in no small part to Bitcoins sudden popularity; we are seeing dramatic swings in Bitcoin value, making it a very risky investment. Of course, it can be argued that these dips and rises are no different than current inflation rates experienced by real countries. At the beginning of the year, Bitcoins were trading at $13 for a single coin. This past week, Bitcoins peaked at $266 before a flash drive crash caused the currency to plummet down to $100.

What do you think? Is Bitcoins an expensive fad that will go the way of the Pog? Or have you already started burying your own stash of Bitcoins in the backyard? If XFER minted our own money and called it XFER Bucks, would you be interested in buying it? Let us know in the comments.

Facebook Twitter LinkedIn
Tags:
Security Internet
Be Sure to Count the Costs of the Cloud
A Clean Computer is a Happy Computer