How to Monitor Employee Communications Without Taking What’s Said Personally 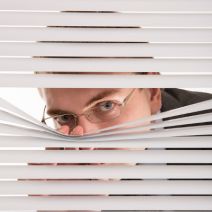 There seems to be some confusion in the workplace regarding the privacy of digital communications made over a company network. Can an employer read an employee email or record a phone call without employee consent? Is instant messaging a safe place for employees to complain about their jobs? The answer to these questions may surprise workers and business owners alike.

The Need For Everyone to Understand Company Policy
Technically, you as a business owner can legally comb through and read all of your employees’ internal emails and instant messages. However, just because it can be done, doesn’t mean that it’s a good idea. If you do, you’re going to have a bad day and potentially be exposed to messages that will make you look at an employee in a different light. This isn’t fair to the employee, especially if they wrongly believed that their messages were private.

If you know that one day you may go through your company’s IM archives, then you should notify your staff that their messages aren’t private and that they’re subject to investigation. It’s only fair to make this disclosure, and it will help to keep the peace in the workplace.

Employers Must Use Objectivity When Performing Internal Investigations
Here’s a possible scenario to consider: Let’s say you have a problem employee on your hands that uses the company’s instant messaging app to talk trash about you and your business. You suspect them of saying some damaging things, so you decide to investigate their archived messages. Upon doing so, it turns out that this problem employee messaged everybody, including your thought-to-be good employees, in the company and was spreading rumors about you.

DE: I’m so sick of this policy, it’s unfair and the boss is a tyrant with a bad hairpiece!
LE: There are some policies here that can be improved upon.
DE: This isn’t the first time the boss has messed with me like this, he’s a jerk and I’m sick of everything.
LE: The boss can be strict.

A manager that’s taken personal offense at DE will read this transcript and think that LE shares the views of the troublesome employee. However, a careful reading of the transcript will show that LE didn’t say anything problematic. LE was simply replying to DE in such a way as to appease their feelings, participate in the conversation, and not escalate things by “stirring the pot.” A manager that’s felt personally betrayed by DE will have an almost impossible time seeing LE’s subtle peacekeeping strategies.

For LE, being pulled into a documented conversation like this is a lose-lose situation. If they agree too much with DE, they’ll look like they too are disgruntled. If they stand up for their boss and the company and put DE in their place and even tattle on DE, then they run the risk of being viewed as a brown-noser or a goody two shoes by their co-workers--an influential group that they spend a significant amount of time with.

Every Office Needs a Microphone-Free Water Cooler
This is why employees need an avenue to communicate where they can blow off steam about the workday and speak freely about their jobs, without running the risk of their bosses finding out what was said. At one time, this was the water cooler, but with our society becoming more comfortable expressing themselves digitally, instant messaging may be viewed as today’s water cooler.

Only, an employee might wrongly assume that, since they’re using the same IM tools that they use in their personal lives, that what they say online is private. When messages are relayed internally over the company network, this isn’t the case, and for the health and harmony of yourself and your business, this needs to be communicated to all levels of the organization. Obviously you don't want to cultivate a poisonous atmosphere where people just stand around and complain about their jobs, but sometimes people that are under a lot of stress need an outlet to vent in order to calm themselves.

Communication is Key
At XFER, we can equip your business with a secure instant messaging and email solution, as well as a digital telephone service with VoIP that will fit the communication needs of your company. We can also help you set up permissions so that you and the network administrator can have complete control and access to all archived messages. Reach out to us at 734-927-6666 / 800-438-9337 to learn more.