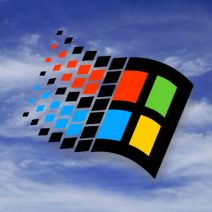 Do you remember the good old days of Windows 95? The nostalgia factor might be one reason to bring this up again, but the fact remains that Windows has changed significantly over the past twenty years; so much so that teenagers who were born just twenty years ago, after the introduction of Windows 95, may have no clue what they’re looking at.

You can watch the video here:

Watching these teens react to Windows 95 is borderline painful. Some make comments that it looks “prehistoric,” “dull,” and “ancient,” while others remark on how it looks somewhat like the operating systems that they are familiar with today. While many teens are in total shock over what they see, you can tell that some of the older ones are more appreciative of what they’re looking at, despite agreeing that it’s a very primitive OS for today’s tech-centric world.

Here are some observations from this video:

Either way, it’s incredible to think about just how far technology has come in just a few decades. Where will technology be decades from now? Do you have any fond memories of Windows 95? Let us know in the comments.

Facebook Twitter LinkedIn
Tags:
Microsoft Technology Windows
Tip of the Week: How to Set Your Browser to Automa...
The LG Rolling Bot Can Patrol Your Home or Office ...

This page is about the reaction of teens on window 95 with a video consist of their reactions. The teens of today are not familiar with this window they are confused to see old functions https://allessayvikings.com/essaymama-com-service-review/ guide you more about this in detail.

0 Cancel Reply
This page is about the reaction of teens on window 95 with a video consist of their reactions. The teens of today are not familiar with this window they are confused to see old functions https://allessayvikings.com/essaymama-com-service-review/ guide you more about this in detail.
Cancel Update Comment