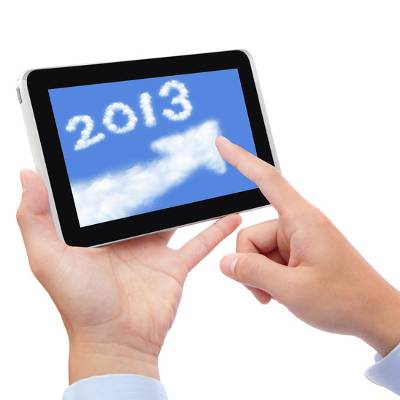 It's a classic battle. Android versus iOS, a technological battle royale for our portable device hearts. It was a very interesting year for both platforms as iOS launched the largest revamp of its software to date with iOS7, and it seemed like every budget device out there was running some sort of Android software. Apple critics were quick to point out that their new software had astonishing similarities in both looks and feel to Android, while Android critics were quick to point out Apple devices with the new A7 chip were faster and more powerful than anything else on the market. So, who won out in 2013? The numbers may surprise you.

Quarterly, Android's parent company, Google, has maintained a larger market share, largely due to the fact it licenses its software for free to other companies. This has encouraged such companies as Samsung, LG, and Motorola to design their flagship smartphone devices using Android. Google also distributes its own devices via their Nexus line, but in far smaller numbers compared to Apple. This in turn means that there are a lot more mobile devices running Android, but Google is not profiting nearly as much as Apple on each sale.

Apple, on the other hand, is much more restrictive when it comes to iOS. They license the software to no one, and are the sole entity cranking out iOS devices. You would think that this would hinder Apple's profits and put Google as the clear leader in the mobile device market, but you would be wrong. According to Apple, their flagship device, the iPhone, saw its sales grow 26% in the September quarter to establish a new record for the company. It sold 33.8 million iPhones compared to 26.9 just a year ago in the same quarter. iPad sales, however, remained relatively similar compared to the same time a year ago.

As far as the number of tablet devices sold running either operating system, the numbers are definitely in Google's favor. Many consumers have opted for budget tablet options from the $50-$150 range, produced by companies like Asus, RCA, Tesco, and Aldi, which all run Android. Although Android is winning the war globally, consumers in the United States are still choosing high-end tablets at almost a 2:1 ratio, with 59.2% of the market going to Apple and 32.6% going to Android. On the flipside, Google's Android absolutely dominated the global smartphone market this year with a share of 79%, while iPhones only accounted for 14.2% of sales.

Numbers are decidedly different when looking at the mobile online sales numbers that are generated from devices running the operating systems themselves. For instance, during Christmas Day 2013, total online sales by iOS devices accounted for 23% with an average per-order purchase of $93.94. Android devices, on the other hand, were only responsible for 4.6% of sales with an average per-order purchase of $48.10. These numbers shouldn't shock you, as the majority of people who have purchased an iOS device probably spent a bit more on their hardware, and more than likely have more disposable income. These numbers also encourage app developers to prioritize coding for iOS devices, despite the fact that it is much easier to be included in the Google Play store than to be accepted by the iTunes app store.

In conclusion, it seems that there is no clear winner when it comes to iOS vs Android...yet. As the two powerhouses fight it out to be the dominant platform of consumers around the world, there seems to be enough room for the two to co-exist. With other platforms such as Windows and Blackberry only making a small dent in the market, it seems as though iOS and Android will remain two powerful standards for years to come.

Which do you prefer? Leave your thoughts in the comments.