Is a 13-Year-Old Boy from Odessa the First Turing-Tested AI Program Unit? 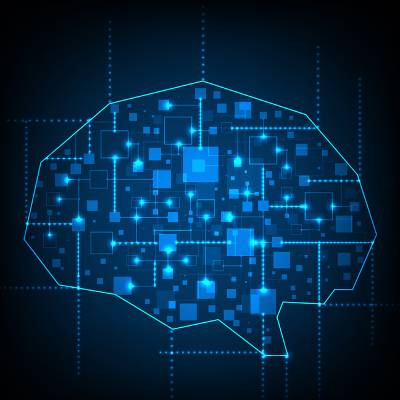 The technology for artificial intelligence isn't quite there yet, but according to a recent Turing Test performed at the University of Reading, there might be some hope for it in the near future. A Russian team has assembled a computer program called Eugene Goostman who many believe is the first to pass the Turing Test.

The Turing Test is essentially designed to measure the intelligence of computers, and Eugene fooled a significant portion of the test participants into thinking that it was a real person. Alan Turing, a British codebreaker, mathematician, and computer scientist, is the man who the test is named after. He is credited for cracking the German Enigma code during World War II, as well as having designed the circuitry of the earliest computers.

Forget Pinocchio - Eugene Goostman is a Real Boy
Over 30 percent of the test subjects were thoroughly convinced that Eugene Goostman was a real human, making the program the first to "technically" pass the credentials of the Turing Test. Professor Ken Warwick had this to say about the event:

Some will claim that the Test has already been passed. The words Turing Test have been applied to similar competitions around the world. However this event involved the most simultaneous comparison tests than ever before, was independently verified and, crucially, the conversations were unrestricted. A true Turing Test does not set the questions or topics prior to the conversations. We are therefore proud to declare that Alan Turing's Test was passed for the first time on Saturday.

Unfortunately, we can't say for sure whether Eugene actually is the first to pass the Turing Test. There is some controversy about the subject itself, as other artificially-intelligent programs are much smarter than Eugene, such as IBM's Watson. The "know-it-all" supercomputer won a killing on Jeopardy in February 2011, beating out the top winners of previous games.

Compared to Watson, Eugene is not nearly as intelligent, but focuses more on appearing to be a human being. The program's creator, Vladimir Veslov, claims that his team aimed to improve the dialogue controller, which allowed Eugene to participate in more realistic conversations rather than trying to be super intelligent. In the future, Veslov wishes to improve the quality of conversation by improving Eugene's intelligence with "conversation logic."

Or is He Just a Puppet on Strings?
Others are not so impressed by Eugene's achievement, and discrediting the university's claims. Aaron Sloman says that the program isn't artificially intelligent at all, and says it is "essentially stupid and incompetent, no matter how many people it fools for how long." Artificial intelligence might not be a thing yet, but you should still be extra careful of who you are meeting on the Internet, and whether they are computers or "bots," or actually humans.

What are your thoughts on artificial intelligence and these recent developments? Let us know in the comments!