Slash Your Power Costs by Calculating Your Workstation’s Energy Usage 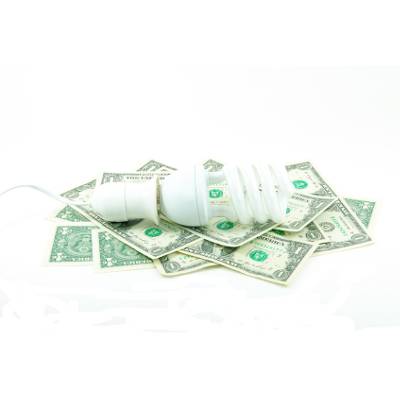 Technology keeps getting cooler, but the cost of running the technology remains the same. Do you know just how much energy your computer uses annually? If not, you might want to take some time to calculate your PC’s energy cost, as it could be affecting both your energy bill and the environment.

Microsoft offers a free program called Joulemeter which lets you calculate the power used by a Windows PC, be it desktop or laptop.

With Joulemeter, you can manually enter information into the program to generate an approximate power-usage, but it’s recommended by the developers that you use an external power meter to measure the energy consumption. Keep in mind this only applies for desktops, as a laptop’s energy usage can be determined without the external power meter.

Calculating the Electricity Used By Your PC
Michael Bluejay, also known as Mr. Electricity, lists a lot of different statistics on his website which display how many variables must be taken into account for different computers when calculating PC energy usage:

Understanding Computer Monitor Energy Consumption
But it doesn’t stop there - you also need to take into account how much energy your monitor is using:

Keep in mind that these numbers are a rough estimate of what your actual watt usage should cost, and the only way to really know what your computer is specifically using is to use the aforementioned meter to track it.

Determining Your Annual Electricity Costs
Once you know how much energy you are using, you can determine the annual electricity costs of running your computer by using the following formula:

The average annual cost for running a computer can vary greatly, depending on several factors:

Let’s Not Forget about Server Units

While it’s true that workstations and monitors eat up a lot of electricity in your office, there’s one piece of business technology that trumps all others: The server unit. Server units consume much more energy than the average PC, enough so that they can almost double as a space heater. In fact, due to the amount of heat server units pump out, they require business owners to spend extra on utility costs in order to cool off their server closets. Otherwise, the server units would run a risk of overheating, or other, more disastrous results.

It doesn’t take fancy math to know that your business can benefit by taking measures to streamline the amount of energy consumed by your server units. XFER can dramatically improve server efficiency for your business with our server virtualization service. With this IT service, we come to your office and perform an assessment on your server setup and then recommend more efficient ways to consolidate your server units that are easier on your electricity bill.

In many cases, we’re able to consolidate a company’s older, underutilized server units into more powerful, economic units at a rate of 4:1 with virtualization. How’s that for slashing your energy bill! Call XFER today at 734-927-6666 / 800-438-9337 for your free IT assessment.