The Gift of Maggie 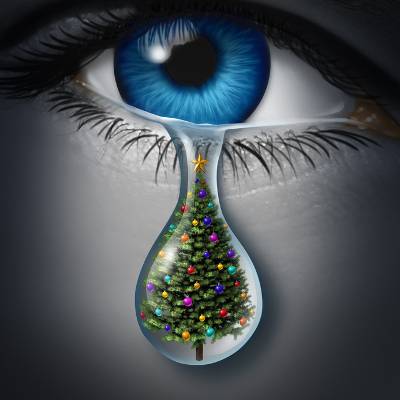 An updated technology-based version of the classic Christmas story “The Gift of the Magi.” Originally published in The New York Sunday World in 1905. Written by O. Henry.

One dollar and eighty-seven cents. That’s what the balance read on Maggie’s online bank statement. It’s never been that low before. Usually she and her husband Dillon have a comfortable amount that they can pull from, but this year has been especially hard for the young couple, thanks to their new business endeavor.

The couple took out a big loan and started a new hair salon nine months ago. They knew the risks of starting a business in this economy, but the risks seemed small compared to the excitement of following their dreams.

The grand opening of the salon was in the Spring, at a time when the flowers were budding and the couple was full of optimism. Now it’s the day before Christmas, and it’s cold and dreary outside, which appropriately matches with the couple’s mood, after a less-than-stellar year of sales that dwindled their savings to a meager $1.87.

As Maggie gazed at her screen, the PC took on a personality and seemed to mock her and her decisions. For Maggie, when stress builds up like this, there’s only one thing she can do to release it--run. You see, Maggie was a bit of an exercise nut. She quickly changed into her exercise apparel, grabbed her iPhone and ear buds, and exited her small-yet-overly-priced downtown apartment.

She was anxious to start the run so she hurried down the stairs. Perhaps it was because she was in such a hurry why she stumbled on the last step. Luckily, she caught her composure.

“Smooth move Mag,” she mumbled to herself.

She knew that a trip to the E.R. would be the last thing her and Dillon needed. As small business owners, neither one of them had health insurance. They made “too much money” to qualify for government assistance, and with all of their funds tied up in the salon, they didn’t have enough to afford insurance premiums. In fact, they were each planning on paying the AFA’s individual mandate penalty next month for not having health insurance. This meant no Christmas presents, which was difficult-yet-necessary for the young couple to promise each other.

As Maggie darted through the city and weaved through its sidewalks, the stress seemed to melt away. Five miles went by quickly as Maggie lost herself in her headphones and in the hustle and bustle of the city. As she was running, she looked down and almost had a panic attack. There, on her running shoes, appeared to be a major scuff mark.

Maggie stopped. “Oh shoot,” she said. “I must have got it from those rickety old stairs.” She bent over and rubbed her finger on the mark. Thankfully, it brushed right off. “Whew,” she sighed to herself. You see, for Maggie, these running shoes were special. They were her brightly colored Asics Gel Kayanos and they fit her feet perfectly.

The shoes retailed at more than $300, a luxury she afforded herself before the grand opening of her salon. For Maggie, her fancy shoes felt like a relic from a far away time when her and Dillon could live fancy free. Things are much different now, but you wouldn’t know it from looking at Maggie’s feet.

Maggie looked up and found herself in front of Madame Sopfronie’s Pawn shop. That’s when she spotted it through the window; the exact camera accessory that Dillon had been dreaming about, a motion cam stabilizer! Dillon’s passion is photography, and he’s been complaining about his shots being ruined due to their apartment being a stones-throw away from the train tracks.

“What are the odds,” Maggie thought, “It’s a Christmas miracle!” She knew a present like this would really lift Dillon’s spirit and essentially save Christmas.

Maggie rushed into the store and was greeted by Madame Sophronie herself, a middle-aged woman who was kind, yet shrewd as a shark when it came to business dealings.

“How much for the camera stabilizer?” Maggie asked.

“One-hundred dollars and its yours,” quipped the Madame.

Upon hearing this Maggie’s countenance fell. She remembered the fact that she was $98.14 short.

As Maggie held the stabilizer in her hands, she humbly asked the Madame, “Is, is, there any deal that we can make? I don’t have that kind of money, and this would be the perfect Christmas present for my husband.”

Madame Sopfronie, in a rare moment of pawn-shop compassion, looked Maggie over and asked, “What size of shoes you be wearin’?” It turns out that the Madame was an avid runner herself and she had a trained eye for spotting quality products.

On that busy holiday shopping day, the two businesswomen made a deal. They each got what they wanted, although Maggie seemed to have made the greater sacrifice, especially because the deal meant that she had to perform the more-than five-mile walk home with nothing but her cotton socks to protect her from the ice and slush.

Maggie made the walk home as briskly as possible. She didn’t have the money for a cab and the city buses weren’t running due to the holiday. Maggie gripped the precious camera accessory close to her chest. Its metal pieces felt ice-cold, yet, her heart was warmed by the thought of how much Dillon is going to love it. She knew how crazy she must have looked walking through the snow in her fitness apparel and no shoes, but she didn’t care. Instead, she only cared about doing what was necessary to cheer up her loving husband who has sacrificed so much for her.

About three miles into her walk and Maggie’s feet began to hurt sharply. She knew she could stop in and warm herself in one of the few stores that was open, but she also knew that she was up against the clock. Dillon would be home soon and she needed to tough it out and press on in order to make it back before he returned. Otherwise, she would be greeted by Dillon, and he would see the stabilizer. The surprise would be ruined.

Maggie’s cold walk home went from bad to worse as the sun went down and the temperature dropped considerably. By now, her socks were soaked from the slush, and a razor knick on her ankle caused agonizing pain as sidewalk salt rubbed into the wound.

Eventually, the walk reached a point where it actually got easier, due to the numbness that was confiscating the feeling in her feet, which meant that the annoying sharp pains that, minutes before had been excruciating, were no longer there.

Finally, Maggie made it home. The apartment felt great, despite the thermostat being set to a low-money-saving 55 degrees. Maggie hid the gift in the back of the small coat closet and then hobbled to the shower for some warm relief.

While in the shower, Maggie smiled to herself as she heard Dillon come home. But her joy was dampened by the fact that feeling was slowly returning to her feet. She began to think that something was wrong, and this thought was confirmed after she noticed a purplish discoloration in her big right toe.

Maggie hopped out of the shower and put on some fresh socks to hide her feet. She entered the living room where Dillon was and tried her best to mask her discomfort from her husband.

Dillon, able to read Maggie like a book, asked her what was wrong. For the sake of preserving the Christmas surprise, Maggie told a half-truth. She said she stubbed her toe and left it at that.
It was then that she noticed a wrapped present underneath their Charlie Brown-like Christmas tree!

“For me?!” Maggie exclaimed, “Dill, you really shouldn’t have.”

“No Maggie, it’s been a rough year. I wanted to get you something special. I hope this cheers you up. I know you’ve been down lately because of the dumb salon. Tonight, let’s not think about that place and enjoy Christmas and each other.”

They embraced, kissed, and had a very merry Christmas Eve.

In the middle of the night, Maggie slipped out of bed and stealthily wrapped the camera stand for Dillon to find in the morning.

After placing the present under the tree, Maggie checked WebMD. Her discolored toe was feeling intolerable. The online diagnosis wasn’t good; frostbite. Maggie quietly wept to herself and regretting being so foolish.

Maggie was determined to not let this ruin Christmas. Plus, she thought to herself, “The Internet always gives the worst-case diagnosis, so it’s probably nothing.” Maggie then slipped back into bed and her husband wasn’t the wiser.

On Christmas morning, Dillon was surprised to see a gift for himself under the tree. This led to a playful argument over who should open theirs first. Dillon was a gentleman and insisted, “Ladies first,” so Maggie grabbed her present and carefully peeled back the wrapping paper.

“A Fitbit! You know how much I wanted this, to keep track of my runs and look at my performance with real-time analytics. Oh Dill pickle, you’re the best!”

“I knew you’d like it. Plus, I even picked out a color that matches your sneakers!”

Maggie bit her lip and tried to hold back both happy and sad tears as she thought to herself, “Would I even be able to run again if I really have frostbite?” Anxious to shift the attention away from herself, Maggie pressed Dillon to open his gift.

Dillon carefully unwrapped his present and saw the camera accessory that he’s denied himself all year long. “Oh Mag, it’s a dandy. You know how much I wanted this. Thank you so much.”

Then unexpected laughter burst forth from Dillon. He leaned over and gave his wife a big hug and said to her, “Mag, this is an amazing gift, but I really hope you kept the receipt. You see, in order to buy you the Fitbit, I sold my camera.”

Maggie replied with laughter that was equally as misplaced as Dillon’s. “Oh honey, and I have something to confess to you. I traded my Asics for your camera stabilizer thingy.”

“What?! That’s a crazy Christmas coincidence,” Dillon said. “I guess you can still run in your old shoes. Right?”

It was then that Maggie could no longer contain herself and she began sobbing uncontrollably. “No Dillon. I can’t. I don’t think I can run again. I might have gotten a frostbite on my foot from walking home yesterday in the snow.”

The cold apartment suddenly got quiet and they both looked longingly at each other; each one touched deeply by their lover’s sacrifice. The silence was then broken as Maggie gave in and began to whimper, cry, and laugh, all at the same time.

Dillon was powerless to control his emotions and answered her crying with tears of his own. In that moment they embraced and cried together, knowing that no matter what, whether it be money problems, their business failing, or even poor Maggie losing a toe, none of these problems would matter because they have each other.

From everyone here at XFER, be well and have a safe and happy holidays!