The Virtual Hand that Terrorizes the Cradle 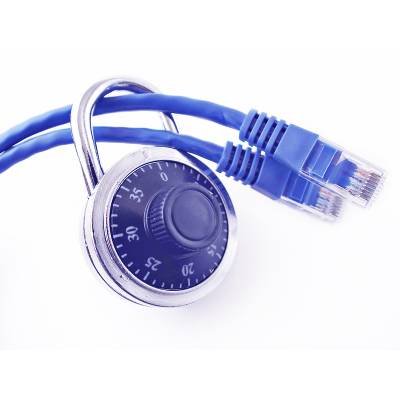 In today's connected home, Internet security needs to extend beyond the PC. Any device that's connected to the Internet needs to be password protected, secured with a firewall, and utilize available security apps. These precautions should be taken even with seemingly harmless devices like baby monitors. A family from Ohio recently learned this lesson the hard way.

As reported by WXIX-TV in Cincinnati, a hacker was able to gain control of the family's baby video monitor they used to keep an eye on their 10-month-old daughter via a touchscreen mobile device. The monitor sat on the corner of the baby's crib and came equipped with audio capabilities so that the parents could remotely speak to their baby.

The mother was alerted to the security breach when she awoke in the middle of the night to the sound of a strange man's voice coming from the baby's room. Instinctively, she grabbed her mobile device to check on her child and discovered that the camera was moving on its own--a dead giveaway that her monitor was hacked.

Meanwhile, the father dashed to the baby room and found a terrifying surprise. "About the time I saw it moving, I also heard a voice again start screaming at my daughter. He was screaming, 'Wake up baby! Wake up baby!' Then just screaming at her trying to wake her up."

As soon as the father became visible in the camera the hacker began yelling obscenities at him over the monitor. The dad jumped into action and quickly unplugged the camera. This successfully cut off the hacker's connection to the monitor, but it couldn't erase the psychological damage done to the innocent family.

In this scenario, the hacker's agenda was to harass and terrorize. However, the lingering question that keeps these parents and other parents around the world using baby monitors awake at night (even more so than their crying baby), is how many hackers covertly peer into their homes and spy on their lives without alerting the family to their presence?

The scary answer to this question is that there's really no way to easily know for sure who's been watching your family through your Internet-connected camera, or even to know if you're being watched right now! To make matters worse, it's not necessarily the case that the hacker is a neighbor using your WiFi. It could easily be anybody on the Internet from anywhere in the world.

Unwelcome eyes spying on your home is a scary thought and this risk is growing as more household hardware is being connected to the Internet, like mobile devices, video game consoles, televisions, kitchen appliances, cars, thermostats, lights, and more. A mistake that many homeowners make is to connect their new device to the Internet without taking any security precautions. By not taking any precautions, you're basically broadcasting to the world a virtual welcome mat giving hackers free roam to the insides of your home.