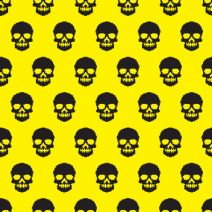 It’s the time of year when we reflect on scary things. For an IT company, it doesn’t get much scarier than an organization’s network getting slammed with a malicious computer virus. There are a variety of really bad viruses out there, each one with its own unique ability to cause some scary results. The way we see it, each computer virus is kind of like a classic monster.

An Overwrite Virus is The Fly

An Executable Virus is the Wolfman

Ransomware is an Alien Conquest

Mutants, werewolves, zombies, and aliens, all of these fictitious monsters are nothing compared to the scare you’ll receive if your business were to be hit with any of these viruses. To prevent scary viruses like this, you need a proven network security solution in place like XFER’s Unified Threat Management appliance, and you need to have a data backup solution that allows you to recover a version of your data before your files were infected. Call XFER today at 734-927-6666 / 800-438-9337 to implement these solutions and take the fear out of computing!