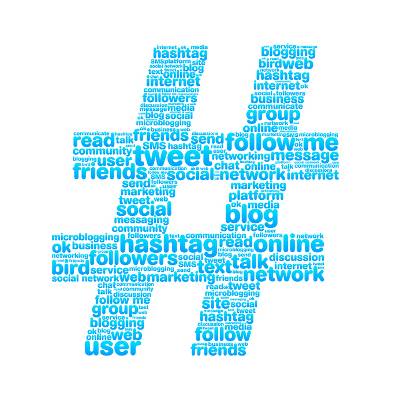 You've seen them around everywhere. Every time you watch TV, look at a poster, listen to the news, or have a conversation with a teenager, you'll be exposed to the term "hashtag". What are hashtags exactly? What do they do? Why should you care about them? How can they help your business? #readmoretofindout

#JoinTheConversation
Hashtags are used to link social media posts together on Twitter, Instagram, Facebook, Tumblr, Google+, and other sites. Think of them as a way to join a worldwide conversation about any given topic, kind of like a live public forum. It's simple actually. Just type "#" followed by your tag. For example, if you log on to Twitter (the biggest hashtag outlet) and want to see what other people around the world think about the Beatles, you could search "#Beatles", and all posts ever made that include the hashtag "#Beatles" would come up in your search results. On the flip side, if you wanted to join in on the conversation, you would include the hashtag in your post; "The #Beatles were the greatest rock and roll band this world has ever seen". You have now joined the conversation, and your post will show up when others search "#Beatles".

Hashtags are also used as humorous ways to "tag" a post. In fact, the television show, Late Night with Jimmy Fallon runs a weekly segment on their show called #latenighthashtags. Every week, Jimmy Fallon suggests a topic for his followers to tweet about, and reads his favorite posts. For example, a recent suggested hashtag was #MyRoommateIsWeird, where Twitter users could post about how weird their roommates are. One response was, "@MissSchliez: My roommate left me this note: 'Hi! If you happen to find something strange in the apartment, don't kill it.' #myroommateisweird". Another example of using a hashtag for humor may be: "My wife and I are facing each other in Fantasy Football this week. It's going to be a long weekend. #donthitme".

#HashtagRules
When posting to social media using hashtags, there are a few simple guidelines.

#HashtagsForBusiness
As a business manager, you need to find ways to relate to your ever-changing culture. Using hashtags is an excellent way to get some buzz started around your company, products, and services. Here are three ways you can use hashtags to market your company.

We admit, hashtags can be confusing if you're just joining in on the trend. Many businesses have benefitted from using social media by making new connections with clients, customers, and business partners. If you feel intimidated, the best way to learn is to jump right in! Start using hashtags right now. If you are not linked in to social media yet, or are looking for ways to maximize your social media marketing efforts, call XFER at 734-927-6666 / 800-438-9337. We'll help you be a #trendsetter.

So I really need to know where to buy a research paper companies? Can anyone here help? I will pay woever helps me with $100, so please be quick about it. It's a First Come First Serve basis !!! And offer lasts till a week only !

0 Cancel Reply
So I really need to know where to buy a [url=https://research-paper-writing-services.net/]research paper companies[/url]? Can anyone here help? I will pay woever helps me with $100, so please be quick about it. It's a First Come First Serve basis !!! And offer lasts till a week only !
Cancel Update Comment