Wouldn’t it Be Nice if Microsoft OS Upgrades Were Free? 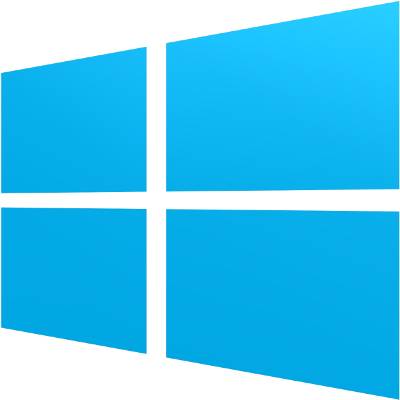 Operating systems aren't designed to last forever. This is why new versions are released every few years or so. In the case of Microsoft, selling their latest OS has always been their bread and butter. However, with Windows 10 on the horizon, one has to wonder if Microsoft has considered offering their new OS to users as a free upgrade?

Remember Microsoft's major push earlier this year to wean people off of Windows XP by trying to get users to pay to upgrade to Windows 8? Microsoft faced much resistance on this move on multiple fronts, including but not limited to XP users complaining about the affordability of upgrading to a newer OS. At the time of this writing, Windows XP holds 17.18 percent of the OS market share, compared to 16.8 percent with Windows 8 and 8.1 combined (and 53.05 percent for Windows 7). Obviously, the price to upgrade plays some part in people choosing to hang on to an outdated and vulnerable Windows XP instead of paying for something newer and more reliable.

Is there a chance that the penny-pinching public will have the same reaction to Windows 7 when its end-of-mainstream-support date comes around next year? If users are equally hesitant to spend money to upgrade from Windows 7, then Microsoft will again face a situation where the majority of their users choose to run unsupported operating systems, due in part because of the expense to upgrade.

Some tech experts, like Tony Bradley from TechRepublic, believe that it makes more sense for Microsoft to offer its users free upgrades to its latest operating systems. Here are three points Bradley makes that are worth considering.

Other Operating Systems from Competitors are Free to Upgrade
Free upgrades are par for the course when it comes to mobile operating systems like iOS and Android. Additionally, Apple makes its operating system upgrades free to its users, like with Mac OS X. Bradley thinks that, as Microsoft users feel stretched to come up with the funds needed to upgrade, they will learn about alternative operating systems that are free and make the switch.

Operating System Adoption is Subject to Inertia
Bradley brings the law of inertia into his argument on why Microsoft upgrades should be free. According to inertia, an object stays in motion until something else stops it. After a new operating system is released, the economic motion and direction that the OS hurdles towards is its adoption rate in the marketplace. Obviously, it's the goal of a software company like Microsoft to have its product take the biggest OS market share possible. Bradley thinks that Microsoft charging for its software is the "something else" that stops the new OS from motioning even further in the OS market.

Eventually, Everyone Has to Upgrade
With the way that technology works, eventually, something will break and it will need to be replaced. When this happens, the user that just had their Windows XP system bite the dust will be in the market for the latest operating system. Therefore, Bradley thinks that it makes sense for Microsoft to only provide upgrades for current Windows users that have licensed copies, while still charging computer hardware manufacturers to put their OS on new machines.

You can't blame Microsoft for wanting to charge money for their product and make a profit. However, given the nature of how much the technology landscape has changed since Microsoft had people stand in line to purchase Windows 95, people like Bradley might be on to something with this whole free OS upgrade idea.

In the meantime, Microsoft is still charging money for its operating systems. Is your organization in need of software upgrades or a hardware refresh? Making a necessary move like this isn't free, but XFER can help your business upgrade its technology in ways that fit your budget. Call us at 734-927-6666 / 800-438-9337 to learn more about what it takes to get your system upgraded to the latest tech.