What if Your Worst Threat Comes From Inside Your IT Department? 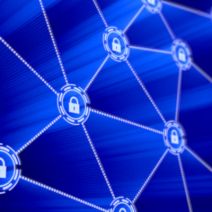 “The call is coming from inside the house!” This memorable quote is from the 1979 horror classic When a Stranger Calls. In the movie, this chilling information is presented to a woman after she has her call traced to locate the whereabouts of a stranger who was harassing her. To be sure, this would be a scary situation for anybody to experience; it would almost be as frightening as a network security breach--originating from inside your IT department!

You expect your IT department to be your best defense for safeguarding your network from threats, but, according to a report by Intermedia and Precision Sample, IT technicians are often the worst offenders at ignoring network security best practices. The study found that 32 percent of IT staff respondents admitted to giving away their login credentials, which is at a likelihood of 10 percent more than the average non-IT worker.

Why is this? Richard Walters, Intermedia VP of Identity and Access Management, likens this risk to a lackadaisical attitude toward network security:

It’s nearly always that technical people are the worst offenders. They know how to get around various controls that an IT team will put in place. It’s sometimes done with the best intent, but nevertheless with a complete lack of consideration for the risk or security implications.

That’s not all. Here are three more findings from the study that a business owner should be concerned about.

Now, we’re not saying that you should look upon your in-house IT staff with suspicion. More likely than not, you’ve hired your IT staff because you feel like you can trust them, and if you’ve not fired them, then they’re probably doing something right. Although, this study shows that you can never be too careful when it comes to your network security.

XFER can help by providing your IT network with additional security oversight. With our remote monitoring service, we can spot any inconsistencies with logins, spot threats (both internal and external), and do much more to help secure your data. Our technicians are well versed in IT best practices, and whether you utilize in-house IT staff or you’re looking to have XFER completely handle all of your IT needs, the fact that the oversight we offer is professionally outsourced adds a helpful dynamic to your network security that you can feel confident about.

Facebook Twitter LinkedIn
Tags:
Information Technology Network User Error
Tip of the Week: Use This Chrome Extension to Avoi...
How Fishing Nets May Be the Greatest Security Thre...