Tip of the Week: Avoid These 3 Common Grammar Errors

How To
Mike Hartke
0 Comments 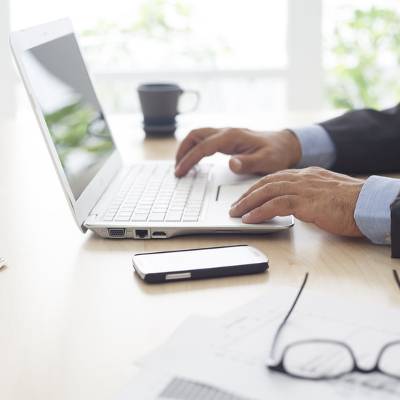 We live in an age where everything we do is auto-corrected through our word processor or email client. This makes it particularly easy to make grammar errors, especially when you’re in a pinch and you need to send out a reminder or an email within moments. If your business isn’t careful to avoid these mistakes, you could potentially be seen as unprofessional in your industry.

You might think that only grammar geeks and English majors care about grammar, but you might be shocked to find out that poor grammar might be seen as a lack of attention to detail. In the business world, a lack of detail can be crippling to your reputation. We understand that nobody can have absolutely perfect grammar, and that some punctuation is subjective to a writer’s unique style, but there are some common mistakes that are both incorrect and can be easily avoided. This is why proofreading is such an important part of any content writing process, be it a blog entry or an email.

So, let us present you with a question. Would you rather work with someone with a great attention to detail, or would you rather deal with someone who gave the details a passive glance? You likely want to work with the former. Therefore, you should put emphasis on your professional image by fixing these three common grammar mistakes in your writing.

Alot vs A Lot
It’s clear what these two words are trying to say. There’s a gratuitous amount of something. However, it might not be immediately clear what the difference between the two phrases is. It’s simple, really. “Alot,” isn’t a real word. It’s a fabrication built off of the phrase, “a lot.” Who knows? It might even have been born by someone forgetting to hit the spacebar once or twice. Neither of these terms should be confused with the verb, “to allot,” which means to set aside time for a task or purpose.

Basically, just remember to hit the spacebar and you’ll be fine for this one. Although, it should be mentioned that there are several better ways to express a large quantity of something, like “many,” or “plenty.”

Impact, Effect, and Affect
Do you think all three of these words are the same? Unfortunately, they aren’t. The verb, “to impact,” probably shouldn’t be used as frequently as it actually is. Instead, try using “effect,” in its place. They mean the same thing, and you’ll notice the sentence flows much better. If you want to use the word “impact,” you’re better off using it as a noun (e.g. the impact was fierce).

The difference between “effect,” and “affect,” is often not known amongst business owners. An effect is a noun. Affect is a verb. One is a thing, while the other is an action. For instance, this article’s effect is probably affecting the way that you’re seeing grammar. A simple way to remember this difference is to remember that both the words “action,” and “affect,” start with the letter “a.”

Principle and Principal
These two words, unlike some of the others, have drastically different meanings; yet, they still look almost exactly the same. A principle is a set of standards or a rule which is used by an individual or group. Principal is an adjective used to describe something of high importance. It’s important to not confuse the two.

There are a ton of other common grammatical errors, but if we tried to explain them all to you, it would take far too long. For now, just remember that a good proofreading can help you keep your business professional. You’ll be able to make a good impression on potential leads, and show your current clients that you know what you’re doing. For more tips on how to keep your business at the top of its game, give XFER a call at 734-927-6666 / 800-438-9337.

Facebook Twitter LinkedIn
Tags:
Communication Tip of the Week Marketing
What Are the Essential VoIP Features to Look For?
Have a Sweet Drone? Think Twice Before Taking to t...