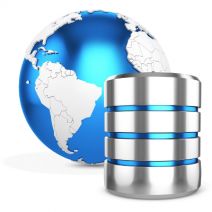 Small business owners, beware. On July 14th 2015, Microsoft will stop supporting the aging server operating system, Windows Server 2003. If your business is still operating servers using this outdated OS, you need to upgrade away from it before the end-of-support date. If you don’t, you run the risk of hacks and security discrepancies.

This end-of-support date might bring up “fond” memories of last year’s Windows XP end-of-life event. Plenty of consumers and businesses alike waited until the last minute to upgrade from the super-old operating system, and some even ran unsupported well into the year. Others payed an incredulous amounts of cash to get custom support. Either way, refusing to upgrade until the last minute was a risky and expensive endeavor, and certainly not worth it. Some businesses think that using outdated operating systems can save them money by not paying for the latest technology, but when you take into account hardware/software performance and the risk of data breaches, it’s not worth it.

However, unlike the way that Windows XP kicked the bucket, most businesses who utilize Windows Server 2003 have already taken steps toward upgrading. According to a survey by Avandade, about 80 percent of business owners are formulating plans to replace the server operating system. This shows that consumers and business owners generally have different approaches to renewing their expired technology.

With Windows Server 2003 reaching its end-of-support date in July, the question you need to address is whether or not your IT infrastructure is ready for it. Microsoft is offering support up until the expiration date, but after that, your systems will be running unsupported. This means that they will be vulnerable to emerging threats, and by de facto, so will your business’s data.

Large enterprises that have an expansive IT department might find upgrading to be simple enough; but for the small and medium-sized business, it poses a much greater challenge. While the large business has the time and expenses to afford a major IT overhaul, the smaller business doesn’t have this luxury, and tend to lack both the time and resources necessary to fulfill such a dedicated project. Ian Stephan, HP’s vice president and general manager for servers in EMEA, described this risk to V3.co.uk:

For most small companies, it's a relatively simple transition. They are probably buying one or two servers every three or four years and the next server they buy will have an up-to-date operating system version. The customer that worries me is the one that has 30 or more servers, probably of mixed ages, and they may have heard something about the end of life deadline, but they may not be doing anything about it.

Companies that are growing will likely experience the most trouble when they are trying to upgrade from Windows Server 2003. A mid-sized company may have an in-house IT staff, but they might not be flexible enough to drop everything and immediately start a new project. Stephan explains that these smaller, growing companies tend to run several different servers that operate multiple applications and operating systems, making transitioning to a new server OS fairly difficult, and time-consuming at best.

The SMB may not have the time or expenses to dedicate to regular hardware maintenance, nor the freedom to upgrade their hardware every couple of years. As a small business ourselves, we at XFER know how time-consuming it can be to keep up with every technological trend. We help small businesses like you by providing managed IT services. We keep you operating at maximum efficiency so your in-house IT team can concentrate on bigger, more important tasks.

Even if you’re ready to upgrade away from Windows Server 2003, it’s not always as simple as installing the OS. After all, we’re dealing with a server OS that’s over a decade old. Any hardware still running Windows Server 2003 is probably on its last leg, and will need an upgrade shortly. Stephan explains: "It probably means a box change for a lot of customers, not simply a reinstall, because the hardware is now so old it is no longer sufficient." When such a major, expensive, and complicated task must be completed, it’s best to outsource it so that your team’s hands aren’t completely full for an extended period of time.